Watch this space for upcoming events!

Public Scholarship in the Humanities: Book Panel and Discussion

Join us for a webinar featuring Public Scholarship in Literary Studies, a ground-breaking collection scheduled for publication in March 2021 with Amherst College Press, publisher of peer-reviewed, digital-first, open-access scholarly books.

The book’s co-editor, GSU Associate Provost and Professor Rosemary Johnsen, will facilitate a conversation with several of the volume’s authors, accomplished public scholars who make significant contributions to literary scholarship, teaching, and the public good.

This webinar will give GSU academic leadership, faculty, and graduate students the opportunity to learn more about public humanities and ask questions of successful public scholars. 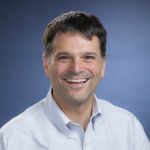 is Associate Professor in the Department of Humanities and Arts at Worcester Polytechnic Institute (WPI) in Worcester, Massachusetts, where he also serves as academic director and poetry instructor in the local division of the Clemente Course in the Humanities, a program recognized internationally for bringing college level humanities courses to people living in economic distress. Since the first Clemente Course was offered over 30 years ago, more than 10,000 adults have taken part in its seminars. In Worcester, with the sponsorship of the Massachusetts Foundation for the Humanities and under the direction of Professor Cocola, the program transforms literary criticism into public scholarship, bringing faculty expertise in literature into conversation with the life experiences of its students. At WPI, Cocola was recognized in 2015 with the Romeo L. Moruzzi Young Faculty Award for Innovation in Undergraduate Education. His first book, Places in the Making: A Cultural Geography of American Poetry (University of Iowa Press, 2016), won a Helen Tartar First Book Subvention Award from the American Comparative Literature Association. 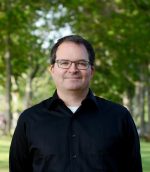 is Professor of English at the University of Victoria, Canada, and is the author of If God Meant to Interfere: American Literature and the Rise of the Christian Right. His public scholarship on the intersections of literature, religion and U.S. politics has appeared in Religion Dispatches, Marginalia, and The Conversation. His essay on the religious origins of fake news was shared over 17,000 times, and was later commissioned by the Cambridge Institute on Religion & International Studies for development and presentation to its policy network for Western diplomats. 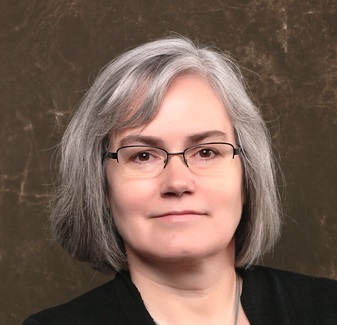 is Associate Provost and Associate Vice President of Academic Affairs at Governors State University, where she has also been serving as the Interim Administrator of the University Library since January of 2020. She is a two-time recipient of grants from the National Endowment for the Humanities under the auspices of the Dialogues on the Experience of War program (2017; 2018). Johnsen has published a book, Contemporary Feminist Historical Crime Fiction (Palgrave Macmillan), and many articles on crime fiction, Irish literature, and public humanities. Johnsen’s public scholarship activities include appearing as guest scholar for four productions at Chicago’s Tony Award-winning Lookingglass Theatre, and she has published essays in the Los Angeles Review of Books, Mystery Tribune, and other outlets. She is a member of the Executive Council of the Society for the Advancement of Scandinavian Study and is on the editorial advisory board of the Journal of Popular Culture. 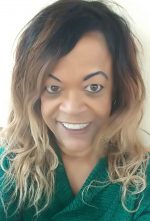 is Executive Director of the Black Archives of Mid-America in Kansas City, Missouri. She taught courses in English and African-American Studies at Johnson County Community College in Kansas for over 28 years, and she was the inaugural Director of JCCC’s Office of Diversity, Equity, and Inclusion. After retirement from JCCC, she spent a year in China teaching at Central China Normal University. Williams’ research focuses on racial identity formation, and her wide-ranging publications include family history, writers of the Harlem Renaissance, letters of Langston Hughes, and literature for children. She won an Emmy for her portrayal of Harlem Renaissance novelist, anthropologist and folklorist Zora Neale Hurston on R. Crosby Kemper III’s Meet the Past program on Kansas City Public TV in 2015.

Sponsored by Governors State University Graduate Studies, College of Arts and Sciences, and the University Library