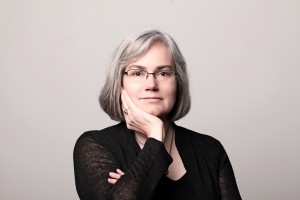 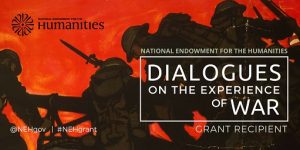 I am Associate Provost and Associate Vice President of Academic Affairs at Governors State University, south of Chicago. A central component of my portfolio is serving as contract administrator for the university’s collective bargaining agreement with University Professionals of Illinois Local 4100. I first joined the GSU community as a member of the faculty, teaching upper-division and graduate courses in literature and popular culture for GSU’s English programs.  Between 2001 and 2013 I served five times as co-director and teaching faculty on Michigan State University’s English Department Summer Program in Dublin and the West of Ireland. I have been on the editorial advisory board of the Journal of Popular Culture since 2008, and I am a former member and co-chair of the Modern Language Association’s Committee on the Status of Women in the Profession.

NEH grants: In 2017 and 2018, I was awarded grants through the NEH program Dialogues on the Experience of War, part of the Standing Together initiative. My project co-director is Andrae Marak, Professor of History and Dean of the College of Arts and Sciences at GSU. Our theme in 2017-18 was “War, Trauma, and the Humanities,” and in 2018-19 we led an exciting year of programming on campus and in the community on the theme of “War Memory and Commemoration in the Humanities.” Please see my website’s  NEH projects page and look for related material on Twitter via the hashtag #ENGL4080

Current project: I am under contract with Amherst College Press to co-edit a collection of essays under the title of Public Scholarship in Literary Studies, and the full manuscript is currently with the peer reviewers. I am excited to be bringing out work on this topic via the Amherst College Press peer-reviewed, digital-first, open-access platform.

Research overview: I have published a book, Contemporary Feminist Historical Crime Fiction (Palgrave Macmillan), and articles on crime fiction, Irish literature, and public scholarship (see “Public Scholarship: Making the Case”  in Modern Language Studies). Moving into the contemporary period from a foundation in the Anglo-American tradition, my crime-fiction research also includes Irish, Swedish, and Norwegian writers. I have published on Tana French, Gene Kerrigan, Louise Phillips, and other Irish crime novelists, and I wrote an essay on the feminist worldviews of Swedish women crime writers Camilla Läckberg, Liza Marklund, and Helene Tursten for the the Los Angeles Review of Books.  In Contemporary Feminist Historical Crime Fiction, I examined the feminist historiography of women crime novelists who fused historical research, a feminist effect, and carefully-constructed crime plots to teach readers about women’s history. Since then, my focus has been on crime fiction’s representations of contemporary urban spaces and on the emerging subgenre of domestic noir.

My dissertation was the first in North America on the English novelist and playwright Patrick Hamilton (1904-1962), and I published an essay on his 1938 play Gaslight: A Victorian Thriller as the source text for the phenomenon known as gaslighting in the Los Angeles Review of Books: “On the Origins of Gaslighting.”  The inter-war period remains one of my teaching and research areas; recent publications include Dorothy L. Sayers and Virginia Woolf: Perspectives on the Woman Intellectual in the late 1930s in the Virginia Woolf Miscellany (2015) and “Thinking Through Crime: F. Tennyson Jesse” in the Mystery Tribune (2017). 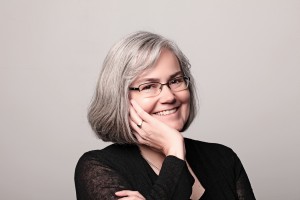